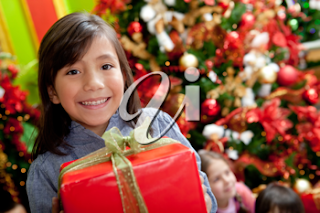 Tomorrow we celebrate Christmas, when families come together on, what is to me, the most beautiful holiday of the year. It is a time of love, peace, goodwill, generosity and perhaps more significantly than any other holiday, tradition.

On a rare quiet evening recently, I found a few moments to curl up on the sofa with a glass of wine, and decided to watch a video of a past Christmas.  It had been taken with a borrowed camera several years ago and started just as so many Christmas photographs before it, with my brood lined up down the staircase beside their stockings.  What began as an idea when our babies were small, became a tradition that lasted until our kids left to begin their own — families and traditions, that is.

It is for this reason I am so very happy, that for one time at least, we captured it on video too.

It was difficult the first year my husband and I woke Christmas morning to an empty home.  Sure,  everyone was arriving later in the day, but it seemed very strange to see one of our traditions stop. However, I've realized that while we may say goodbye to some, new ones come along to replace them.

And these, which evolved because of new loves and new babies being welcomed into our fold, have become as treasured as those that were part of our holidays years ago. Fortunately, they have been captured on film, both still and live, and thus endure forever.  Below are some ideas about capturing Christmas memories on video:

Examiner How to Make Great Family Videos on Christmas Morning