Tips on Framing or Composing Your Photos 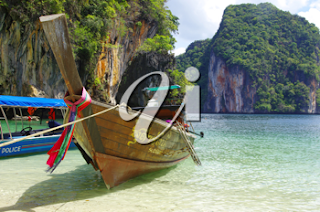 I've always loved taking pictures. But it wasn't until I began working for a community newspaper that the fruits of my photographic labours actually mattered.

The thing with small-town journalists is that their strength generally lies in the writing, not the photography.  As a Libra, my mind tends to run to the artistic, rather than the intellectual. While I may have had a good eye, there was only a basic understanding of the mechanics of the camera, which certainly put a lot of pressure on the artistry part of the equation, as there was often little time to plan that perfect picture.

On-the-spot photography was obviously a big part of the business and if a photo stood out it, luck generally had played an important role.  However, there were those times when I actually had some time to set up a photo keeping in mind of course, that no one waits forever. One of the things my eye could see was that framing could make an ordinary picture a little closer to extraordinary.  Rather than clicking away, this technique, of which the rule of thirds is one aspect, is about using your artistic side to compose the shot.

That said, understanding that it works is different than understanding how to make it work.  Some may even be a little puzzled by the concept. These informative sites will hopefully unravel any mystery and help you expertly frame your picture — before you put it on the wall:

DPS How to Compose a Photo Quickly

DPS Using Tight Framing to Create a Sense of Infinity

Man Behind Lens Framing Your Shots