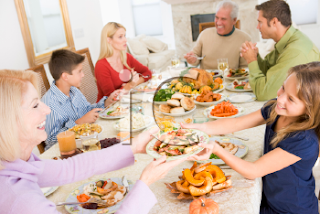 Well, here's some good news for all you turkey fans. This Monday is the Canadian Thanksgiving, which means a long weekend of feasting with family for the Canucks, while cross-border travelling Americans can seize an opportunity to celebrate twice.  Canada's Thanksgiving, officially established in 1879, received some inspiration from the U.S. holiday. However, history implies that the celebration of the harvest actually first began north of the border.  When early Europeans came to Canada they brought with them the tradition of giving thanks for their blessings by filling a horn of plenty or cornucopia with agricultural bounty.  Arriving in the country in 1578,  English navigator Martin Frobisher, held a formal ceremony on the east coast in gratitude for surviving the long expedition.  Others arrived in his wake and continued the tradition. In 1621 explorer Samuel de Champlain, along with the French settlers who followed him, held feasts of thanksgiving, also sharing food with their Native neighbours.  Halifax citizens held a special day of Thanksgiving in 1763 and Americans, who remained loyal to England,  moved to Canada during the revolution and shared their message of Thanksgiving.  So in recognition of this meaningful occasion,  we are sharing links to some beautiful photos and fun images which convey the sentiments of love and gratitude that are so much a part of this very special holiday, no matter what side of the border you're on.  And as you'll want to capture the best moments of your own family time, there is also a link from the New York Institute of Photography telling you how to take those perfect photos.

Posted by Unknown at 8:02 AM No comments: Links to this post

It's Not All About Style 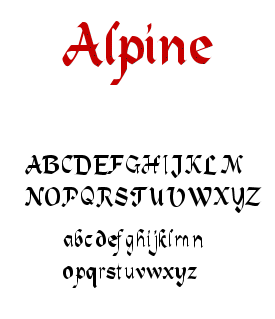 We've all received those beautiful handwritten invitations — the words flowing across them,  the stylized letters full of artistic flair,  adding just the right touch of formality to the occasion. Calligraphy has been described as "a type of visual art related to writing."  It underlines the reality that while images take a project from boring to engaging,  one should never forget the importance of choosing the right font to accompany them.
It's not all about style, after all. There are practical considerations as well.  For instance the sans-serif fonts are considered more readable and are generally used for the body of an article.
Mull over, too, the fact that while the selection of typography is impressive, there's no need to stick to your tried and true.  In this veritable smorgasbord of style it's always fun to sample the unfamiliar too.  But don't overdo. Too much is like a room full of different personalities — fun at first, but generally doesn't really work.  For more facts, and fun, on fonts try these informative sites:

A Practical Guide to Topography on the Web

Choosing the Right Font for Your Project

Why the Web Hates Comic Sans

If Fonts Had Voices

Posted by Unknown at 8:14 AM No comments: Links to this post 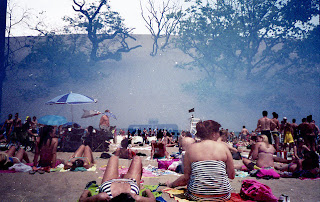 The legendary photographer, Ansel Adams, once said, “You don't take a photograph, you make it.”  For many photo enthusiasts setting up and shooting the picture is only part of the magic; it's what practise and ability allows you to do with it that helps your work stand out.  Multiple exposure is just one visual effect used in photography and cinematography to produce a work of art, one in this case that is capable of both fascinating and confusing the viewer.  While it traditionally works best with a manual winding camera, digital technology enables images to be superimposed over each other with image editing software.  The use of a tripod can also make it possible to create a digital photo with a multiple-exposure look.  These sites offer some insight into this interesting technique:

Posted by Unknown at 8:13 AM No comments: Links to this post 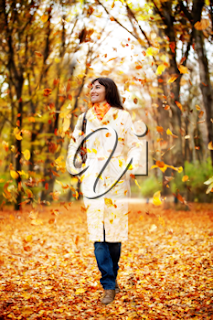 Waking this morning to a damp, dull day, I decided some positive reinforcement was in order.  The end result, perfect for this week leading into our Canadian Thanksgiving, was a wish list of things to look forward to this October: long walks bundled in cozy sweaters, feeling the kiss of the sun and the nip of the autumn air on my cheeks,  the warmth of family and friends, carving pumpkins, feasting on roast turkey and stuffing,  snuggling by romantic fires, touring corn mazes,  watching a blazing fire with a glass of wine, snuggling with a good book and enjoying long lazy Sunday mornings.  And in case I should forget here are some fabulous autumn photo collections to remind all of us of autumn's blessings:

Posted by Unknown at 8:00 AM No comments: Links to this post 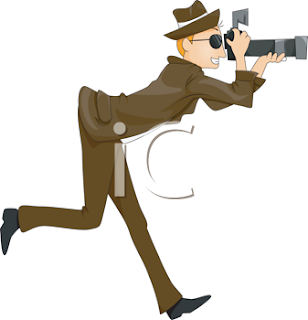 As a weekend photographer I have tremendous respect for folks who work their magic with a camera lens.
My two decades as the busy editor of a humble weekly newspaper, essentially a writer handed a camera, honed my instincts for seeing and grabbing the opportunity.
No one was more surprised than I when this rewarded me with a darn good picture. It only served to increase my respect for those gifted people who look at the world around them and manage to give it even more impact or beauty than it naturally possesses.
Photography is a combination of talent and education. What I lack of the former I more than make up for with enthusiasm to learn. Here are just a few useful sites I've found in my quest to improve,  that may also help you take your best shot:

Posted by Unknown at 8:00 AM No comments: Links to this post