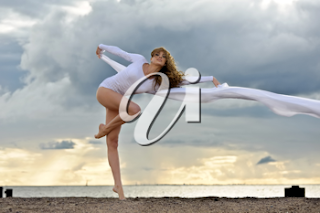 Friedrich Nietzsche said,  "We should consider every day lost on which we have not danced at least once."

One of my strongest childhood memories is watching my parents getting ready Saturday night for dancing. My father put in long six-day weeks running his own business and my mother, who worked in retail,  finished her week on Saturday after working an extra long day Friday.

Yet no matter how weary, once the ritual began they were revived and ready to go.

Seeing them on the dance floor was always a treat too.  Dad was one smooth dude. When Mom saw my father for the first time, he was dancing at her sister's engagement party. She was, she says, instantly smitten. Later together they became well known at the area halls for their grace and technique on the floor.  I still meet older people today from my hometown who will comment on how nice it was to watch my parents dancing.  It was their passion and it showed.

While they may have passed that passion on to me,  a revolution hit and rather than a waltz, foxtrot or schottische, I found myself doing the watusi, frug and swim. Often with girls, as guys suddenly seemed more content to patrol the perimeter of the dance floor. And 'slow dancing' amounted to what was essentially a walk, snuggled with a partner.  My only salvation came at family parties when I had the chance to dance with my father and brother.

Now, at 92 and 89 Mom's and Dad's dancing days are done.  I still see them though, him in control, her responding,  as smooth on the floor as swans on water.  It was a beautiful thing.

So today I include some photos to salute an art form it would be good for us all to do every day, no matter how bad at it we are, no matter where we are:

Dancers Among Us Photos