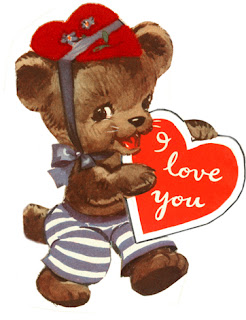 "Valentine's Day is an extraordinary moment for recalling the lasting power of a true love." — M.F. Moonzajer

At least when you're older. Having been married now for far longer than I was single, I am fortunate that I've been recalling that lasting power for some time. Every Feb. 14, for decades, I've been blessed to celebrate this most romantic of all days with the same special person. To bask in the pleasures of an adult relationship with your best friend, your soulmate, your love is a gift worthy of celebration.

However,  as a child, the expressions of affection were doled out each Valentine's Day with indiscriminate purpose. While it's been ages since I've had to worry about a mass mailing of Valentine's Day greetings, those times remain indelible memories. And while having a partner with whom to share the day is the best, the ritual, the excitement of anticipation from those long ago days are often recalled in bits and pieces with nostalgic softness.

There were those early elementary school days of preparation, secrecy and giggles. The fun then began weeks ahead with the creation of special containers in which classmates would furtively deposit their messages to each other. How elaborate these were depended less on the talent of the students it seemed,  than it did on the enthusiasm of the teacher. Sometimes it was as simple as a decorated box, but I do recall making a rather intricate mailbox once, guided by a particularly artsy educator.

Next there was much time devoted to ensuring the message was right for each person.  The wise teachers stopped any hurt feelings, insisting that students not exclude any child from their list, which could put charity to the test when you considered that nasty boy who relentlessly teased you during recess.  Somehow asking him to "Be Mine" or even saying "Hi Valentine" was a little strange. Of course, in the interesting ways of children,  this same boy was usually the one whose Valentine to you read 'From Your Secret Admirer".

There came a point, however, probably around the age of double digits, when no matter what the teacher decided for us, we were going to be a little more selective about who would receive our admissions of affection.  Typically it was the people closest to us who were the recipients, and generally only those of like gender. No risk that way of any embarrassing misunderstanding. 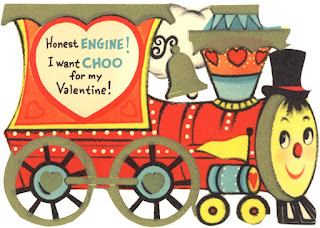 Of course, we can't forget the actual greetings themselves, cute little messages with sweet plays on words and charming characters. For anyone interested in a touch of nostalgia this Feb. 14, here's a vintage collection of illustrations that is sure to take you back:

By the time we had reached adolescence though, there was generally just one person we called our Valentine.  He or she, and he or she alone, would be the one on whom the words of love and devotion were bestowed, to whom the gifts and treats would be delivered.  It's the pattern that holds through future relationships.

Whether the childhood sweetheart or a later-discovered mate has helped you recall the lasting power of true love, Feb. 14 is the perfect time to let them know how much better your life is for having them in it.
card cards collection collections day greeting greetings illustration illustrations valentine valentine's valentines vintage