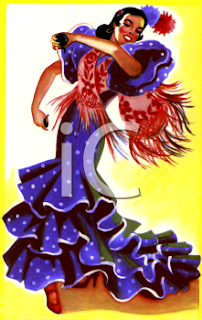 When it comes to celebrating a cultural holiday, my lineage leans more towards Oktoberfest than Cinco de Mayo.  But I do like a party and good music,  and there's little doubt that both of these play a large part in the annual celebration of Mexican heritage and culture.

Cinco de Mayo is Spanish for the fifth of May, the date when the event is commemorated. It honours freedom and democracy from the early part of the American Civil War and the Mexican Army's victory over the French on May 5, 1862 in the state of Puebla.

While it is not a national holiday in Mexico, it is an official holiday in Puebla.  In America, the Mexicans and Latinos living in California were the first to celebrate Cinco de Mayo in that country. Now, those celebrations centre around traditional Mexican symbols and prominent people of Mexican descent. Students are educated about the historical significance while music and regional dancing highlight many of the special events.

The festivities have reached beyond the borders of these two countries as well, with related celebrations held in cities in Canada and internationally. And if playing the complicated flamenco style of music isn't your forte you can fake it in the Caribbean where there is an annual Cinco de Mayo air guitar competition.

So, with the countdown underway, hare are some clipart collections that should have you hearing the mariachi bands warming up.