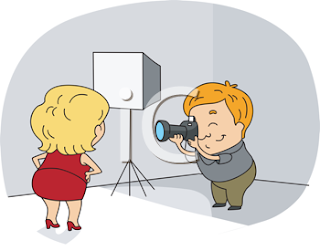 Don't you love those photos that pop?  You're looking at an image of a lovely landscape,  a posed portrait, a famous face or spontaneous sports shot and it actually looks better than if you were seeing it in reality. It's vivid, breathtaking in its perfection.

Rarely manage anything close to this myself, at least not on purpose. There have been nice photos I've taken at a favourite vacation spot up north, which have a bit of this quality, but I credit Mother Nature far more than I do me.   Breathing life into a photograph is in part achieved because of talent. But technique is also a factor and on that score I'm still a work in progress.

Ansel Adams had talent in spades. His black and white landscapes had clarity and depth. But he put quite a bit of it down to technique, which he attempted to share with others through the Zone System he developed with fellow photographer Fred Archer.  A technique that determined the best film exposure and development, Adams said it was not his invention, but a "codification of sensitometry" he and Archer worked out.

The System gives photographers a method of precisely defining the relationship between how they see the subject and the end result.  A further explanation can be found on Wikipedia: Wikipedia Zone System

While talent may not be enough to turn your photos into works of art there are many online resources to help you improve technique, which will ultimately improve the end result. Here are a sampling: