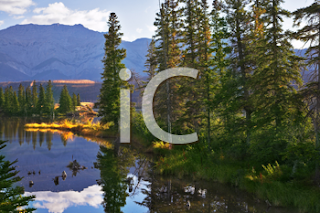 In just a few weeks time we're coming up to one of the biggest celebrations in my country — Canada Day.  July 1 is the anniversary of the enactment of what is now our Constitution. In 1867, three colonies were united into a single country within the British Empire, called Canada.


I've always been pretty proud of the country in which I live. Geographically we have it all from quaint fishing villages to majestic mountains, to pretty much everything in between. International visitors are impressed by its size and complimentary of us. Generally, folks think of us as pleasant. I've never been prouder than the day an American client, asking me at the end of a lengthy phone conversation where I was from and hearing the answer, responded, "That's why you're so nice.

I've always figured, why wouldn't we be?  We enjoy freedom, a land that's vast and bountiful in resources and beauty, a population demographic that inspires tolerance. Sure, the weather could be better most months of the year, but it comes without a lot of tragic meteorological occurrences.

We really are the true north, strong and free. These photo collections offer a glimpse of the beauty that is Canada.