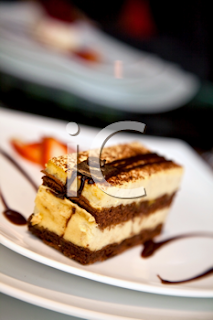 There is a scene, in one of my favourite movies  that tickles my taste buds every time I watch it.

It happens in Sleepless in Seattle when the widowed Sam, played by Tom Hanks, has decided he's ready to begin dating again and as it's been a while seeks some advice. The helpful friend, played by Rob Reiner, concludes a list of how things have changed in the modern dating scene by asking Sam if he knows what tiramisu is.  Hanks, who doesn't, responds: "You better tell me. Some woman is going to want me to do it to her and I'm not going to know what it is."

It's hard to believe that once upon a time this tasty Italian dessert was a trendy new part of North American cuisine. Little wonder, however, that it's caught on.

It was this past Sunday afternoon at my son's that got my mind wandering this direction. Following a delicious meal, we were served his home-made tiramisu, guaranteed to make only a good deal of restraint and what little class I have, keep me from licking the plate.  My mouth still waters at the memory.

These photos of Italian desserts, including of course the tempting tiramisu, should have you salivating too.