A Life Story Illustrated in Tattoos 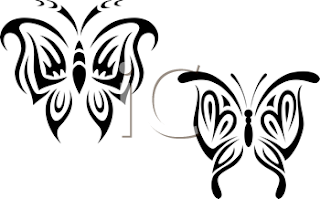 I'm not a fan of tattoos. I've never quite seen the attraction, at least not when done in excess. A subtle one — a beautiful butterfly on an ankle or a tiny symbol on the inside of a wrist — I actually think can be rather sexy. But big, bold and gaudy-ful I will never understand.

From his early teens my youngest child threatened he would one day have a tattoo.  I foolishly tried to reason with him. I had created a beautiful, flawless child, I told him. Did he understand how difficult it would be for me to see him covered in things?

No surprise my pleas didn't work. What was a surprise, however, was how long it took before he acted.  His three siblings had all secretly personalized their bodies many years before the family baby got around to it.  You can be assured, however, that he has more than made up for it since, with a right arm covered in a colourful design of monkeys and a carousel.

Oddly, I don't hate it, because while the other kids got smaller tattoos, our son has created his life story in an original design. The monkeys represent people.  My husband and I hand-in-hand with his son are there, waiting for the carousel. Tribute as well has been paid to meaningful relationships outside the family.

So, it's been with no small amount of surprise to myself that I have been hoping for more monkeys.   That his siblings in primate form haven't made an appearance has made me a little sad. These are specific and to my mind necessary additions.

Guess little brother agreed.  A picture was sent my way of an important element being added to his story — his brother and two sisters — seeing no evil, hearing no evil and speaking no evil.  Love it.

And, if you're a fan of tattoos there are many to love in these collections of illustrations too: