Illustrations for Love and Romance 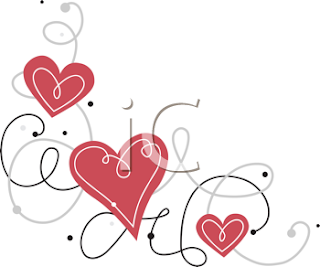 Autumn can be a golden month, but tomorrow for our family it's going to be even more so.

Oct. 5, 1963 was the day my sister and her husband were married. As I was a very young flowergirl for the occasion, my memories are comprised primarily of images from photographs and stories from others.

Just the other day, for example, my mother (yes, God love her, alive and well alongside my father these 50 years later) remarked on what a beautiful fall wedding day it had been.  Having seen the photos of little me in my short-sleeved golden taffeta dress, standing outside the church, sun glinting of the kaleidoscopic foliage, I trust she is right.

Tomorrow, the happy couple are marking their occasion with a party, of course. After all, staying married  is kind of a big deal. Especially these days.

In fairness, let's first acknowledge there are many who claim we were never intended to be married so long. For that  reason they maintain that we shouldn't be expected to stay with the same person 'til death do us part. After all,  in ages past our life expectancies were short and marriage was early to accommodate a couple's most fruitful years. Medical advances and education, however, have changed that and it's not uncommon now to see people celebrate 50, 60, even 70 years together. (Mom and Dad will be doing that very thing this December).

Through decades of togetherness, a husband and wife will grow and change,  demands will burden them, children challenge them.  There are years when it's seems you find adversity down every road,  while others take you on a tour of easy street.  I don't believe in staying in a bad marriage, but if staying together is worth it to you,  fighting through those tough times makes you stronger together for the best ones.

So, in recognition of marriages and making it to those anniversaries,  I offer these collections of illustrations — perfect reflections of love and romance: