A Winter Wonderland of Illustrations 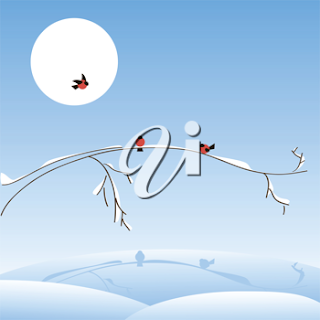 You don't have to like it, but you sure better learn to live with it. Where I come from, any time after the onset of of autumn, fluffy white stuff could arrive to blanket the landscape. It can make for a long, a very long, winter.

I have said it before and will say it probably once a week until April, I hate winter. However, this early in the year there is a spirit of optimism I harbour that doesn't ship out until late January. Yes, so far, when I look out the window to a world made pristine and pure by its snowy cover, I can turn my thoughts to an occasion that begs for a winter wonderland.

This morning,  gazing out at the dazzling brightness of a space turned white overnight, thoughts of Santa and snowmen,  of  peace and goodwill sprang to my mind.  Until the first of January at least, I will accept the reality of snow as part of a necessary part of the Christmas spirit that  I love.  And, in keeping with that frame of mind I will let it snow with these collections of illustrations:


January is all about the start of the new year, winter sales and goals to be more organized and productive.  Check out these images we've put together in a basket for inspiration for your social media posts.
Follow these hashtags for images to use during the month of January:
#soupmonth #drinkingstrawday #nationalspaghettiday #milkday #epihany #martinlutherkingjr #appreciateadragon #hotchocolateday #dayofeducation #popcornday #birdday #pieday
To help get you started download this image for free: New Year's Blo…
Post a Comment
Read more

March is an exciting month with St. Patrick's Day, Friday the 13th and the first day of Spring. Check out this basket of images to help get you ready for March.

Use these #hashtag links to find images to use for special dates in March:

To help you get started download this image from iCLIPART.com for free:
(If you don't already have an account, please register)

By Pootlecat March 23, 2020
There is currently a lot of uncertainty about how teachers will continue to teach our children while quarantined. Many schools already use products such as Google Classroom, Brightspace from D2L or Blackboard Learn but these are just a few examples of the Learning Management Systems (LMS) currently available.

If you and your students have accessto the internet you can also try using Google Hangouts, Zoom and Skype for live discussions and video lessons.

Vital Imagery specializes in curating over 8 million child-friendly, educational clipart images, photos, worksheets and more through our iCLIPART for Schools website. Use our images to create your own educational materials, presentations and digital communications. Grant access to your students so they can download images to use in their lessons, projects and crafts. By using a source like ours you can ensure that children are not downloading illegal and inappropriate images, not to mention protecting their computers from viruses and ma…
Post a Comment
Read more