Nothing But Trouble For Friday the 13th 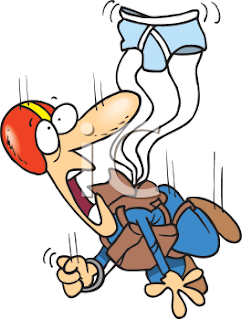 Today is Friday the 13th. It's an event that often passes without me noticing a thing.  I don't recall any noteworthy bad luck confirming the superstition for me. It's generally just a typical day,  albeit often mixing the bad with the good not unlike many normal ones. Gosh knows, the hundreds of motorcyclists who have made it a tradition to converge on the charming Lake Erie community of Port Dover every possible Friday the 13th have no concerns either.

Yet, as there are people so crippled by fear of this day they avoid normal routines,  refuse to travel or in some cases even get out of bed, it got me thinking about the origins. Why when the 13th day of the month lands on a Friday are people expecting to be besieged and beleaguered by misfortune?

While there are apparently many theories, one simple one is that both the number 13 and Friday are each considered unlucky.  That, however, has never made sense to me. Thirteen is not a number that's struck fear in my heart or made me the least apprehensive. And as for Friday..  well, all I can say is it's my favourite day of the week.

But what would be the point of blathering on about Friday the 13th if the illustrations I chose to accompany it reflected my view that it's really just another day? No, the focus on this collection is all about bad luck and misfortune in honour of a date that possesses the power to send some people into hiding: