What Holiday Says It's Fiesta Time? 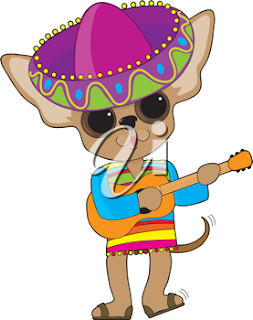 It's good to have something to celebrate. And in just a few weeks, there's going to be a party. On May 5, Mexicans and Latinos in the Unites States will feast, play music and dance during the annual Cinco de Mayo festivities.  The roots of this historic occasion date back to the French occupation of Mexico more than 150 years ago.  Then, a French fleet attacked Veracruz causing the government, along with President Juárez to retreat. After many conflicts, on May 5, 1862, the Mexicans, despite being outnumbered almost two to on,   defeated the elite French army near Puebla. While this was not the end, as the French conquered the Mexicans in subsequent battles,  it was a significant event that boosted the morale of not just the Mexican army, but of the country.  According to Wikipedia, the battle was inspirational. "It provided a stunning revelation to the rest of the world which had largely expected a rapid victory for French arms." And so, they celebrate, enjoy
Post a Comment
Read more

Who Could Use a Laugh? 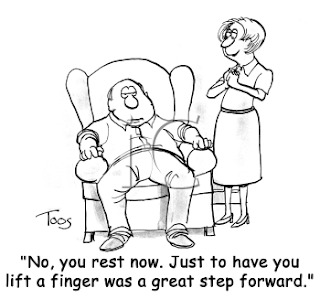 To say the news has been sad lately is an understatement. It has been overwhelmingly tragic and frightening.  In addition to all the traditional woes of this world — the sluggish economy and the suffering environment just for starters — there are much bigger issues. North Korea is apparently ready to start talking if UN sanctions are withdrawn, but the threat of war is still a mushroom cloud hanging over our heads.  Some lunatic(s) decided to destroy the lives of innocent people and tear the heart out of a city with home-made bombs at the Boston Marathon.  Three died, including a young boy, and hundreds were injured and maimed. Even more have been traumatized. And now an explosion at a fertilizer plant near Waco, Texas has killed several people. It really makes it tough these days to watch the news.  In the grand scheme,  the fact that spring has been disappointing is not a big deal but some balmy, sunny weather might do a bit to lift our attitude. If people ever needed a rea
Post a Comment
Read more

Quotes and Illustrations to Honour Moms

In a month we will mark the day for celebrating mothers in North America.  To begin this blog I wanted a quote that I felt would be appropriate for Mother's Day and found myself unable to make the choice.  There were far too many, too-perfect examples. Whether they reminded me of my own mom,  or those of my cousins and friends, whether they described the type of mom I hope I am in at least some small measure, they were honest, heart warming, sometimes humorous, tributes to the women who give and nurture life. "A mother is a person who, seeing there are only four pieces of pie for five people, promptly announces she never did care for pie." — Tenneva Jordan "If you have a mom, there is nowhere you are likely to go where a prayer has not already been." — Robert Brault "The heart of a mother is a deep abyss at the bottom of which you will always find foregiveness." — Honoré de Balzac "She never quite leaves her children at home, even when s
Post a Comment
Read more

It's a Good Day to Ask Who Will Care For You 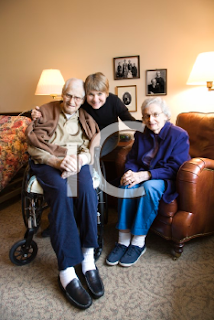 I am a member of the sandwich generation. More specifically, I am a 'Club Sandwich', multiple layers of me, each spread a little thin between ageing parents and adult children and grandchildren. Let's face it though, while desiring complete independence for our kids, having them still need some assistance is a far more enjoyable experience than coping with the challenges that can be present when Mom and Dad grow old. Usually when one of our children asks for help it's about babysitting  grandchildren, so really not too painful a burden.  The needs of ageing parents on the other hand are more difficult to cope with.  Some of the sandwich generation are caregivers for their parents. Others juggle full-time employment with time to meet the requirements of Mom and Dad.  In between there is the morass of understanding the differences as well as the rules and regulations regarding long-term care, assisted living and retirement homes. Not to mention the long waiting lis
Post a Comment
Read more
More posts