Adorable Images to Brighten Your Day 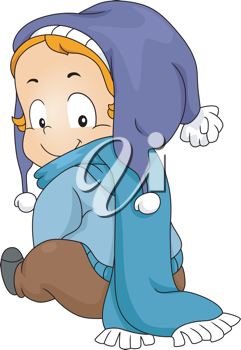 Had a bit of a meltdown this morning. Nothing too serious and I'm sure not proud of it, but I think perhaps it might have been due.

Running fast forward through the pre- and Christmas seasons,  there was no time to stop and think about much else. Then we  faced the nastiest stuff winter could blow in. It was super nice of it to wait until after the holidays, sure, but there's no distraction now to take our minds off it. Nights are long, mornings are dark, snow has effectively shut us down and a bitter wind chill has dropped temperatures to Arctic levels.

So, it was, while suiting up to head out for work this morning — the only disadvantage to finding employment six blocks from home — that it all came to a head for me. It's the first week in January and I'm done with snow, cold and bleakness. I'm fed up with needing 10 extra minutes each morning to swaddle myself in outerwear. I long to shed socks and shoes and run barefoot in the grass. I'm sick of the cold that manages to seep into my old century home despite our best attempts at insulation.  And the idea that it will be months before the situation changes and I can't do a thing about that simply overwhelmed me today.

However, after a  rant in the general direction of my patient husband,  the perspective changed a degree. Enough for me to be chagrined by my behaviour, though it had served its purpose. The pressure was alleviated so I could again see how good I have it. The supposed hardships I've been enduring are small potatoes in the big bin of rotten veggies life can throw our way.

Humbled I made my way to the office, whereupon seated at my computer I then stumbled upon a video of a baby laughing at the family dog chasing bubbles. Thank you to whoever posted it for the final step in brightening my day. Cute works every time.

So in the hopes of spreading a little sunshine your way, here is a collection of illustrations with only one thing in common. They are all absolutely adorable.