Backgrounds and Elements for Romantic Projects 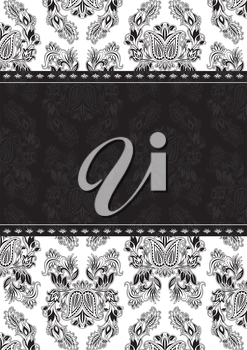 Two years ago now, my youngest daughter was deep in the busyness of wedding planning.  From beginning to end, she knew what she wanted, including the decision that she had the ability and creativity to make her own wedding invitations, cards, etc.

Choosing the popular theme of black and white, and touring around royalty-free clipart sites such as iCLIPART.com she soon discovered that most of the work would be done for her.  The amazing assortment of backgrounds and elements that appealed to her might have been a bit overwhelming to someone without her focus.  Instead, deciding first on a style, Victorian, she began to narrow the field to quickly make it less daunting, then began to pick favourites from random selections.

It was, she agreed, graphic designing made easy.  The problem wasn't what would she use, but which one.

Once it was determined what she wanted to use, it was soon obvious that basically all that remained was the addition of some text. The illustrations stood on their own with little if any need of extra embellishment.

And when it came to the big day, what was most important was that no one had any idea her wedding stationery and favours (she also did a CD of music, the label of which was an illustration from iCLIPART.com) They looked professional and unique.

So, for anyone else who might be interested in exercising their creative side when it comes to wedding stationery here are some lovely collections to get you started.

Obviously, when it comes to romance and weddings tastes and styles differ greatly. These collections are just a sampling of what can be found on these and other clipart sites.
background backgrounds border borders clipart diy element elements frame frames illustrations images projects stationery Victorian wedding