It's Only Fun When You're Young 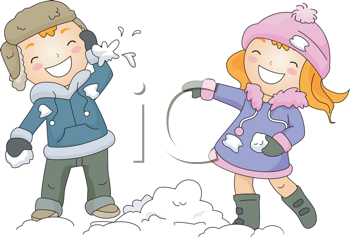 Well, this area has certainly been living up to its moniker this winter.  The Snowbelt on Saturday was buried again under another deluge of fluffy, white stuff, blown about by gale-force winds. After a break on Sunday we awakened again to more of the same as roads and schools closed.  It's really a miserably cold, inconvenient winter wonderland here.

After many winters of come-and-go snow, middle-agers are being  reminded these days of winters past, when banks built to dizzying heights and people knew that a perfect morning could fade out to winter white in no time leaving you stranded for days.

I remember a three-hour trip in the late 1970s turning into a three-day adventure, that included a stay with some kind strangers who opened their home to us. I remember my brother's January wedding day in 1971, when 20 of the 300 guests braved the whiteouts and closed roads,  to make it to the church on time and in some cases as white as the world outside.  I recall a harrowing trip down down a highway in zero visibility, but fairy certain that if I slowed down to any less than 20 miles an hour I'd find myself stuck.

It really is something we haven't seen at quite the same level for many years.  Now I understand why my parents were never impressed because as a young person, snow days way back when were generally a lot of fun.  Friends from the country were often storm stayed which usually meant a few days of sleepovers and no school.  While Mom and Dad shovelled and scraped, we did all the fun stuff kids get to do with an unexpected holiday and mounds of snow to play in.

So as we grownups today suffer through a Snowbelt winter reminiscent of yesteryear, we offer these clipart and photo collections featuring kids — the only ones who could possibly think any of this is fun — playing in the snow: