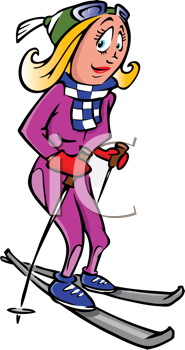 It's been snowing out there, folks. I mean REALLY snowing.  Not that I was aware of how much until I left for work this morning.

A glance out the window had, I thought,  provided the evidence I needed to dig out the most protective winter wear I owned, stuff to keep me toasty and dry, nose to toes. Having made the trek out the driveway on foot, however, I soon ascertained that the evidence was misleading. Nothing could protect me from what had fallen, particularly where my lower appendages were concerned. Despite covering the bottom half of my legs, my  footwear was little defence against the hip-high drifts and snow-plowed piles that blocked my path.

I'm sure I provided some early morning chuckles for the neighbours as I waded through the buildup of fluffy white flakes, only to find myself  stuck at the end of drive, buried to my bottom. With some effort, and no small amount of giggling on my part too, I managed to extricate myself and with considerable pluck, laboured through the remaining mounds before dusting myself off and continuing on my way, slipping and sliding up the road.  I suppose I could say it was good exercise but no one would say it was a good way to get around.

Two words came to mind. Snowshoes and skis. The former would sure have come in handy getting from my door to the road, while the latter would have made the rest of the trip an easy glide. Yet, I own neither.

Pfft..  And I call myself a Canadian.

Anyway, here are some illustrations of people and things who know how to get exercise, and around, in winter: