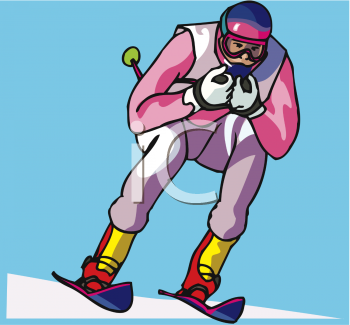 Sports-minded or not, you'd need to be burrowed away with our infamous February groundhogs to not know the 2014 winter Olympics are underway in Sochi, Russia.

When it comes to sports fans,  I fall somewhere between Woo-hoo! and whatever.  I'm Canadian. I grew up watching hockey in arenas and in front of the television, following the good old (and indeed they were good back then) Maple Leafs on Saturday nights.

The summers of my youth were full of pick-up baseball games with neighbourhood kids and sitting in the stands watching the local men's league. The glory days of the Blue Jays seasons I spent avidly glued to the tube to catch a glimpse of an Alomar steal or a Carter homer.

Yet, while I don't mind watching sports now, I also don't usually care if I don't watch. Until the Olympics. Especially the ones played in the most Canuck of seasons when snow beckons boards and skis to slopes,  when blades hit the ice for competitors to dance and shoot.  From the dizzying flips of moguls to the speed and brawn of hockey it's exhilarating fun, made more exciting by national pride.

So as we root for the  athletes competing in Sochi, here's a terrific clipart collection of winter Olympic sports: