So Whose Game Is It? 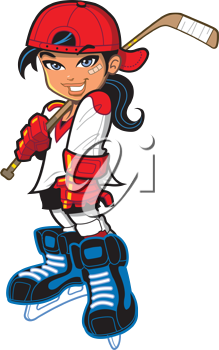 I live in Canada. Contrary to popular belief it's not always cold and snow here. We enjoy lovely springs, hot and muggy summers,  glorious autumns.

But winters? They can be mean. Sure, we sometimes enjoy those picturesque wonderlands when the sun lays pinpricks of sparkling light on the blanket of snow.  Generally however, we look forward to white and grey, damp and cold.

It's little wonder that we had to find a way to make the most of it. In the 19th century a game involving sticks and balls was adapted for Canadian ice,  and hockey had arrived.  Unquestionably from ocean, to ocean,  folks here love their game. Arenas in small communities fill as parents lace up Tykes,  and teenage Midgets brimming with testosterone, bring their passion for the game to the rinks.  Fans crowd stadiums in city centres for Junior and NHL games.

And now it's the Olympics. While every event of the games is important, while every Canadian participating has our respect, make no mistake. Hockey is the highlight for Canucks and winning is not just nice but a matter of national pride.

This morning at work, as the Canadian women faced off against their American counterparts, employers and employees were watching  We waited, often tensely, as these worthy  opponents fought it out in a tight match that finished with our squad taking a 3-2 victory.

Still basking in the win and savouring hopes of Olympic gold for the Canadians playing our game in Sochi, it seemed fitting then to offer today some terrific hockey illustrations I found: