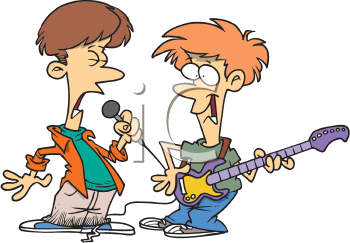 To play a little with a well-known quote by  German philosopher Friedrich Nietzsche, I'd like to say that without Beatles music life would be a mistake.

Nietzsche had it right, of course. Music of any kind is one of the most beautiful gifts we've been given. My grandparents, despite a humble, hardworking existence, loved music, humming and singing everything from Chopin to Jolson. My paternal grandmother played the organ; my maternal grandfather was master of the impromptu ditty.

My parents, then,  brought music into our home, singing along with it in church choir or on long road trips, dancing to it in halls and at country frolics. Late Saturday nights, their gang would gather around our piano and their harmonies drifted up through the vents filling my room with country classics.

My older sister, a teenager at the twilight years of poodle skirts and saddle shoes, loved the silky smoothness of Nat King Cole and Johnny Mathis, the light-hearted Neil Sedaka and of course, the gyrating excitement of Elvis.  Two years younger, my brother listened to Bob Dylan and Gordon Lightfoot, the Beach Boys  and Chuck Berry.  Thankfully, on Sunday drives or trips to the cottage, Mom and Dad always acquiesced to youth and tuned the radio away from country to the popular pop sounds.

It was my brother who, in February of 1964, brought home an album by a group that was going to be appearing on the Ed Sullivan show that weekend. I, at nine years of age, took one look at those four mop-topped young men on the cover and was intrigued. After the show, I was a goner. That performance was, as everyone knows, 50 years ago this past Sunday and every day of that half century I've been a dedicated Beatles fan. Watching the Grammy special held in honour of this milestone last night, I was reminded again, what an incredible catalogue of music they gave us.

To paraphrase the end of their Abbey Road album —  in the end, the love the Beatles took was equal to the love they gave us. These collections of illustrations celebrate the gift of music and pay tribute to the boys in the band that were an inspiration to so many young musicians: