Looking for a Little Lamb 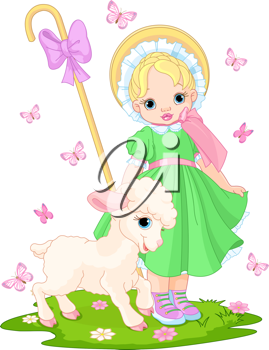 Ah, March... the time to think of green and new beginnings. It's the month of St. Patrick's Day, Spring and some years, though not this one, Easter.

I would have to say that March 2014,  at least in this corner of the world, arrived like a lion. More with an irritatingly persistent snarl perhaps than with a fierce roar, but a lion nonetheless.

For those of us eager to see the tail end of winter, this is a good thing. According to folklore, superstition or the old wives we hear spoken of from time to time,  a nasty start to March is the harbinger of a mild end. In like a lion, out like a lamb.

Checking the two-week forecast, the coming weeks aren't promising much of a break from the bitter cold we've experienced this winter, so it's with hopeful heart that I wait for the two following weeks.  In anticipation I pray for a gentler finish for the month than the way it began.  You could say, that like a famous Mary, I'm surely looking for a little lamb, the featured focus of these adorable collections of clipart, cartoons and animations: