Care to Try Your Hand at Drawing? Here are Some Super Tutorials 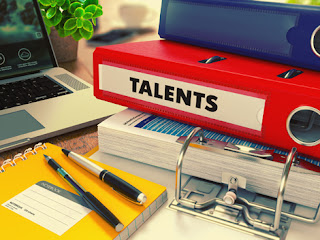 "Talent hits a target no one else can hit." — Arthur Schopenhauer

Who knows what hidden talent one might have. Who knows, if it's rooted early and nurtured through one's life, what targets it might hit.

My son once gave me a book to read. This is Your Brain on Music, by rocker turned neuroscientist Dr. Daniel J. Levitin, is subtitled: The Science of a Human Obsession and (to oversimplify the message) suggests that practise makes perfect.

Far be it from me to dispute someone with the education of Dr. Levitin, but honestly I really can't completely believe it. I certainly think that if you practise hours each day you will play better than those who don't. But, I also think that the talent needs to lie within too.  Our son, an accomplished guitarist, practised incessantly. And I do believe that has contributed to his admirable ability. I will never be convinced though that had I played for those hours alongside of him I'd be as good. After all,  it's not practice that makes the canary a canary, rather than a blue jay.

What I do believe, however, is that we all need the opportunity to try. It's our exposure to multiple experiences that will help us find where we excel, what our hidden talents might be.  It's probably too late for me to hone any now, but there are situations in life that will make me determined to try. 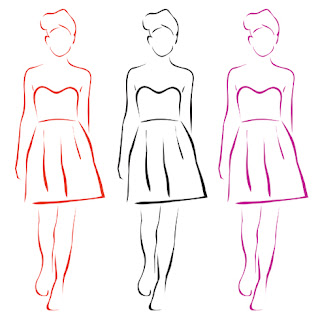 Way back in 1968, my friends and I had entered high school. It was an interesting era for us; young girls raised by conservative parents in moderate times, we now sat on the cusp of cultural, societal and moral change. We still took home ec classes while the boys went to the tech wing, but the notion that we could be lawyers, doctors or bosses if we chose was starting to take hold.

Where just a few years before, young women planning their futures typically chose office work, nursing or marriage, now my peers and I could let our desire and imagination direct us down all career paths.  I was fascinated by the world of journalism, still not exactly thinking out of the box. A friend of mine, however, saw herself as a fashion designer, doing illustrations of young girls in mod clothes, typical of what most of us were wearing. 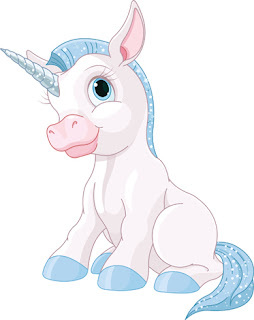 Fascinated by this creativity and by her romantic choice of profession, I began copying her drawings. What came as a big surprise to me was, with the exception of the hands, I  was not that bad.  At the time, that this said more about her limited talent than it did about me actually having any, was lost on me. What was found, however, was a love for doodling.

And now, today, with a granddaughter enchanted by unicorns I did a little digging to see if I might find a guide to teach me  how to draw these magical creatures and of course, discovered a bounty of them.  I remember how delighted I was as a little girl when my grandfather would sketch his beloved horses for me, so hope that this will create a similar memory for our little missy.