How to Photograph a Rainbow 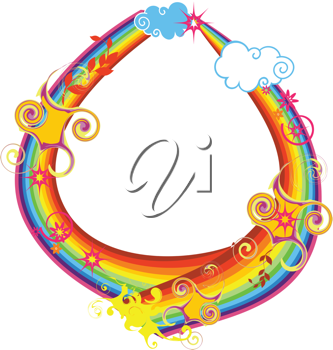 The world in which we live is a veritable visual smorgasbord for photographers. From snow-capped mountains to tropical sunsets, the beauty is theirs to capture.

One could assume that such natural perfection ensures any attempt at photographing it will be equally as impressive. However, the trick in photography is to take what everyone sees and make it fresh.  It's not enough to take a picture. The challenge is to capture a mood or provide a different perspective. Seeing the cool waters of a still pond, sunlight sparkling in its gentle ripples, is satisfying. Conveying that mood in a photograph, however, is the challenge.

Such permanent fixtures in the landscape, however, mean that you can keep working at it. If the first shoot doesn't come out quite the way you hope you can always come back and try again. There are, however, images in nature that are more transient and seeing them, setting up and photographing them can require more speed and chance than other subjects.  The rainbow, for example, one of creation's most impressive spectacles, can be elusive, as quick to disappear as it appears. Actually getting a picture of one can be a feat in itself; taking it beyond the expected is nothing short of miraculous.

Such an opportunity presented itself to me at the end of a rainy afternoon one summer day a few years ago. The sun had broken through just a few hours before twilight and the rainbow that appeared in my backyard was as vivid as any I'd ever seen. By the time I had grabbed my camera, got it and myself ready,  it was already starting to fade. The end result was not what I had hoped.

In the hope of not missing an opportunity like that again, here are some excellent sites with helpful information:

Digital Photography School How to Photograph a Rainbow

Digital Photo Secrets How to Photograph a Rainbow