Military Photos Lest We Forget 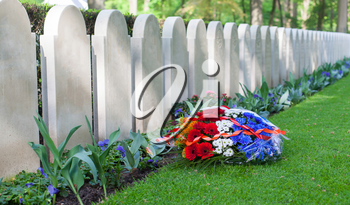 In five days we will remember.

In recent decades there has probably never been a Remembrance Day  that should be as deeply felt in the hearts and minds of Canadians as this one.  In the past month,  this peace-loving democracy has seen two of its soldiers murdered in cowardly acts of apparent terrorism — at home.

We can't help but turn our thoughts to the sacrifice one makes in volunteering for military service, not to mention that of the family members who proudly respect the dedication of their loved one, while knowing that the decision to serve could place that loved one in dangerous and volatile situations. Or, in the cases of Warrant Office Patrice Vincent and Corporal Nathan Cirillo, make them a target for crazed fanatics.

As a child born in the middle half of the past century,  I heard often, from family and educators, about the brave people who had fought for freedom in two world and the Korean wars.  In my early years of elementary school,  there was political tension between the US and its allies, and Russia and its friends, that sat at the edge of  life,  threatening like a blaze controlled for now, but with the knowledge that one spark could ignite an inferno.

In the late 60s and early 70s, the horrors and tragedies of the Vietnam War were brought to us via our television screens. As were the stories of the broken soldiers who made it home alive.

These days the conflicts in the Middle East have meant the sacrifice of human life. In Canada, as many other nations, too many men and women have been lost there, joining the roll of all of those who went before in other wars in other places. In five days in gratitude for their selfless service we will be sure to remember them.