How to Take Great Hockey Photos 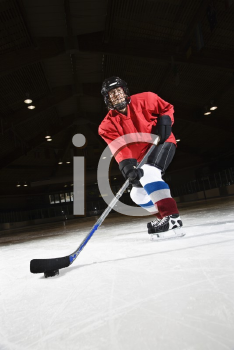 In the community newspaper industry where I worked for over two decades it wasn't uncommon to hear a journalist refer to his or herself as a writer with a camera. With only enough money to hire a skeleton staff,  newspapers expected editorial folks  to take care of the photo ops as well as the news reports and features.

The end results of that camera in my hand when this chapter of my story began in 1989, were a bit of hit and miss at first. Though I enjoyed taking pictures for personal reasons, I'd never really taken the art seriously. Anything better than point and shoot photos I put in  the hands of professionals.

However, it became evident that what I lacked in technical knowledge was compensated by the Libra in me. It seemed, according to my editor, that I had a good eye. Which, fortunately, is something that can't be lost. Over time too, I learned quite a bit more about how to get the most out of a camera, making for some not so bad photos.

One of the biggest challenges though came with the arrival of our hockey season.  In the Great White North this sport is pretty much all that matters in the cold, dark winter months and games are played in local arenas virtually every night and weekend. There is therefore, no shortage of opportunities to get some photos of our national pastime.

Nor is there a shortage of challenges.  Hockey is a fast-paced, action-filled sport usually played on an indoor rink with fans separated from players by thick plexiglass.  This is where technical knowledge comes into play, something that can be mastered. You can get the lighting and focus right once you know how.

Having an eye, however, isn't necessarily going to do you any good. The trick in any sport photography I found was in anticipating where the best shot will be. In a game dominated by speed and power this goes to a whole other level.

One of my work colleagues, an avid (or perhaps rabid might suit better) hockey fan has combined her life-long love for the game with her new passion for photography. Her knowledge of both has helped her shoot some pretty terrific photos for her son's Junior team.

These great tips will help you up your game too when it comes to getting great hockey photos: