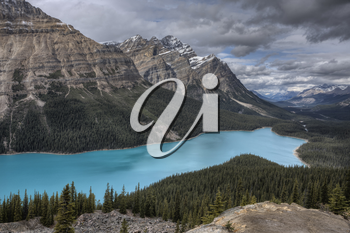 I think my son was born with a western heart. A musician, who has seen most of Europe and plenty of North America,  it is when he sees the Canadian Rockies that you know body and soul have quieted.

He spoke in a journal once about stepping outside at a friend's home in Banff early one morning. This was his first tour and having arrived there late the previous night he hadn't really known what to expect or  been aware of the surroundings. In the dawning hours of a new day however, he realized that stepping out  the door brought him face to face with the majestic mountains. He was awed by their rugged beauty and despite having seen some pretty impressive counterparts across the ocean too,  his heart we've come to see belongs to his nation's range.

I've seen the Rockies once in my lifetime and found them of course to be breathtaking. They are a pretty powerful image, cold and omnipotent, a sharp contrast to the other mountains I've seen on the eastern side of the United States — the Appalachians, full of colour and foliage.  But no matter which, being near them, seeing them, is a humbling experience.

If the mountaintop is what you're looking for, here are some fantastic photo collections from around the world, of this natural wonder: