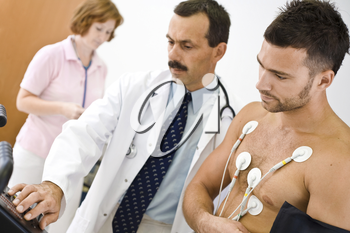 Two people arrived at my front door last weekend, reminding me that when it comes to matters of the heart this month, there's more to this month than Valentine's Day.

February is Heart and Stroke Month and canvassers are moving through neighbourhoods collecting donations to help fund cardiovascular illness research.  Where I live, in Canada, someone dies from heart disease or stroke every seven minutes according to a 2011 report.  That reality is staggering to me.

Yet, not surprising. I can't imagine a family anywhere that hasn't been touched by heart disease.  Obviously with aged parents, I've had my share of worries over this. But it was an unexpected branch of the family tree that has suffered most significantly after being struck by a heart attack.

My sister-in-law, the wife of my only brother, was a relatively healthy 55-year-old. She attended exercise classes, lived in a house with plenty of stairs, ate lean meats and vegetables, and, though she did enjoy her wine, had never smoked.  In the hospital one day for a routine stress test, she suffered her first massive heart attack. Since then she has battled through other attacks as well as several surgeries including bi-pass and the installing of a pacemaker.  We worry about her always.