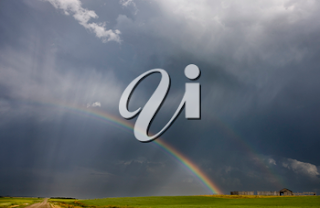 A glorious weekend was enjoyed in our part of the country with unseasonably warm weather. The real bonus was the lack of rainfall, which was a darn good thing given we were attending a large outdoor event for our grandson's first birthday.

May can be a rather hit-and-miss month for nice weather so when planning first began our son-in-law was a little leery that it might be too cold. The reverse proved to be true, however,  with temperatures in the high 20s and the humidex making it feel like 33°C.  Of course, this brought another concern into the mix with the prediction of thunderstorms throughout the area.

As the pig hit the spit, the tent was decorated and tables set up early Saturday morning, we nervously checked the radar and the progress of a severe thunderstorm and tornado watch. Fortunately, as is often the case with meteorology, the science was a bit off and there was nothing to fear with only a light rain falling just before midnight.

This is not to stay that there weren't a few worrisome moments throughout the day as threatening skies did roll by a few times. Watching from a backyard crowded with people,  that can be an ominous harbinger.  Under different circumstances, however,  storm clouds are an impressive sign of omnipotence. Such power, while a bit scary, can't fail to inspire awe.

While I tend to run for cover when things take on a stormy look,  there are people who see the opportunity in hanging around for a little photography.  Here are just a few examples: