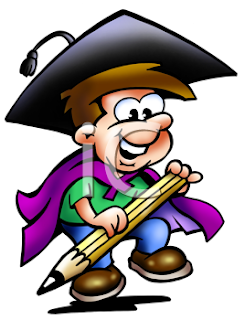 When I think of the end of June my mind always wanders back to four particular events — the Grade 8 graduations of my kids.

These were such bittersweet events. It was so exciting to see a new chapter of their lives beginning. Though it's obviously not the milestone that future graduations would be, it was still easy to feel pride in their accomplishments to this point.

It was gratifying, too,  to see that pride reflected in their eyes as they thought ahead to the next phase of their lives.  And so wonderful to see a glimpse of the amazing adults they would become.

It was also, though, an emotional time for this parent as I acknowledged that nothing would be quite the same any more.  We were really saying goodbye to their childhood. With each passing day now they were going to face new responsibilities and challenges.  As would I as their parent.

While I've often thought that some parents go a little overboard with the whole Grade 8 graduation ritual  — gowns not intended for 13-year-old girls, renting limos — there's no question that it's a rite of passage worthy of a significant celebration. But, then I felt the same way about kindergarten graduation for that matter.

Anyway,  in recognition of this time of year and the ceremonies that highlight it, here are some fantastic collections of graduation clipart from: