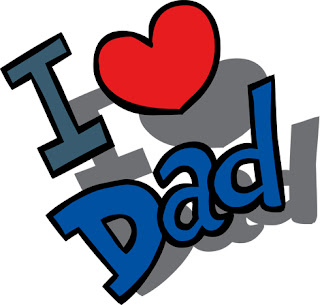 Father's Day is just a few days away.  It's a time to honour that amazing man who has been your rock, your support, your guide, your strength.

While saying thank you is easy, for some reason finding the perfect present for this special guy can be a bit of a challenge. His needs seem to be simple, his wants often big ticket.

Of course, they've also thankfully shown themselves to be fairly gracious recipients. (Think nasty tie) I remember when I was a child how excited my father would get over every gift —  from a cheesy dime store tie clip to that predictable tie. One of my favourite memories of him was from a Christmas morning when I was a about eight years old. Having done what I could in the gift purchasing with my meagre allowance, my heart broke as my big brother chortled at the cheap cufflinks I had given him. Dad gamely stepped up stating he'd take them and wear them proudly. Which he did that day to church and to dinner at Grandma's, as well as many times after. My first hero grew even more super that day in my eyes. 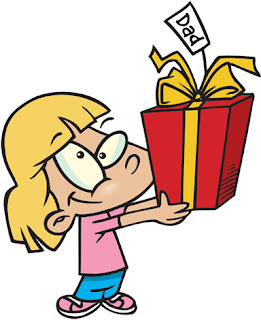 I soon came to see that the reaction was the same for every gift he received, whether it was a horrendous sweater or a hobby in which he had no interest.  The hand-drawn card created in a grade school classroom was displayed in a place of prominence. A worthy purpose was found for the decorated shoebox. And his favourite treats baked occasionally with the odd ingredient missing or substituted were consumed with no less avarice than if they had been Mom's delectable offerings.

I suspect it could all be explained by his upbringing. Having grown up in The Depression, he was ever grateful for anything that came his way through another's generosity or thoughtfulness. Regardless of how minimal that generosity might be or how misguided the thoughts.

Later, though, watching my husband react to the gifts from our kids when they were small, I noticed much the same reaction as my father's had been. Perhaps it was being the second youngest of seven in a farm family, where I suspected fighting for everything was customary, but he accepted every gift, every gesture with humble appreciation.

As children get older, however, expectations, at least theirs, get higher.  I listened as my kids pondered the possibilities, just as I had done. The challenge being to find the perfect present — a somewhat daunting task given that this guy, like my own father, bought what he needed.

While adult children can go out and buy gifts for Dad, little ones, unless they are going to get a bit of financial help from Mom,  often have limited options.  They tend to need to get creative to find a way to honour their favourite man.

This can mean anything from taking a plain white t-shirt and personalizing it to decorating a hand-made card. Whatever it is, there's never any question that for Dad it will be priceless. Let's face it, taking the time to make a simple present has to be better than getting yet another tie.

For anyone looking for illustration to get them started, there are many resources offering affordable options for clipart which you are assured can be used legally. Here are just a few fun collections, perfect for Father's Day projects: 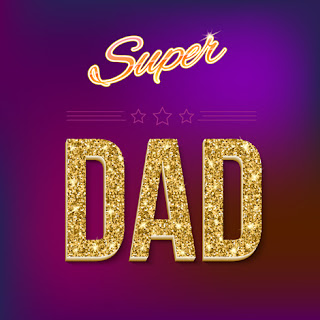 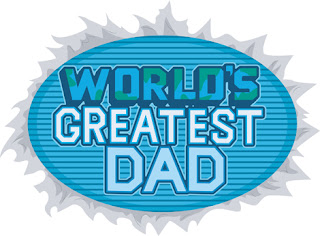