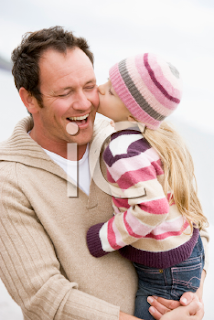 In a little over a week we will be honouring the first hero in our life. Father's Day is Sunday, June 21 and it will be the second one without my dad.

Losing a parent is difficult no matter how long they were with us. I was one of the lucky ones as  my father spent 90 rich years in this world.  And while special days like his birthday and Father's Day can be sad, they also represent a celebration of  that well-lived life and the effect he had on who my siblings and I have become.

Dad came from humble beginnings — born to German farmers just a few years before The Great Depression. He knew about making do, and was raised to recognize the value of hard work. Somewhere in his generic makeup, however, was a party guy with a love of music and the grace of a gazelle when it came to moving to its rhythms.

As an adult he spent long hours building a business, but found  magic moments in each day for his kids.  Saturday night dances were sacrosanct for he and his sweetheart to dazzle the dance crowd at the local pavillion.

This was the person I called Daddy, the first man I loved. And while he won't be with me as we celebrate Father's Day, he remains as fondly in my heart as he ever was.

In recognition of June 21, here are some fabulous photos to honour Dads everywhere:

Bored Panda — Dads and Their Mini-Mes