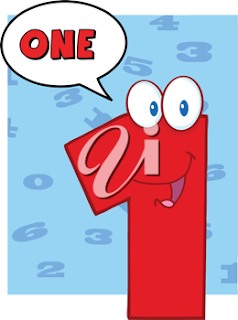 If you want to get a giggle from any of my family, friends or co-workers ask me to do some math.  Numbers and their many combinations and computations have been the bane of my existence for as long as I can remember.

Though I loved the little circle formations that illustrated the various numbers in kindergarten, though I tolerated arithmetic at its most basic form,  once numbers were put into the context of problems, they became a problem.  Combining with letters, as in algebraic formulas,  was as clear as Greek to me.

So, while I'm not completely incompetent mathematically speaking,  make an equation  too complicated and my knees wobble, my heart pounds and my mouth dries.  Who'd have thought those innocent little numbers we learn in grade school,  such as the adorable ones in the featured iCLIPART.com collections below,  could become such a nuisance when put to practical use?