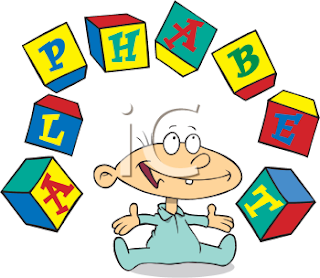 Confucius said you cannot open a book without learning something.

I discovered at an early age the pleasure of losing myself within the pages of a book. I was inspired by them. I travelled to places I'd never seen. I found a friend when I was alone.  And yes, I continually learned something.

Math did and does terrify me. But language and words have always been a source of fascination.  I can recall the fun I discovered during my formative education in phonics.   Knowing my ABCs and seeing the journey they took me on was exciting.  I could never wait for the next chapter in Dick and Jane's adventures and was spellbound while listening to the rhymes of Mother Goose and the fables of Aesop.

As a tot sitting on my grandfather's lap, I found the music in poetry as he shared recitations from his school days. Even the German words of my paternal grandfather bewitched me.

In later years, my vivid imagination found its place on paper as I used the magic of ABC and my love of storytelling to spin yarns of my own.  Creative writing became an outlet.  When my nose wasn't stuck between the pages of a book,  my thoughts were unleashed as I scribbled prose across a page.

So as we look toward the beginning of another school year,  I thought I'd find some clipart collections that go back to where learning language begins: