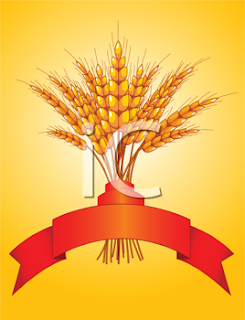 We see it above us and in the air around us. There's the soft chill that the sun takes a bit longer to burn away each morning. The verdant canopy overhead is beginning its transformation into a colourful mosaic of umber, scarlet, orange and gold as the leaves take a spectacular final bow before fading into fall.

The changing season is also noticeable in the countryside around us as the fields are harvested and the growing season's bounty is brought in.

Though the seasonal shift has begun, though the summer social whirl of events is behind us for another year, there's always much to celebrate during early fall.  Particularly at the annual fair.

There is probably no other gathering that speaks as much to community in a rural area as this. First there is the healthy competition that is part of the exhibits. People collect to see whose sunflower is most radiant, whose pumpkin is most impressive and whose sunset photo captured the beauty most perfectly.

The fall fair is a place where people come to see their neighbours after the busy months of a summer in farming country.  As it was in the past and always will be, comparisons on the price of corn and soybeans,  or the latest news regarding  livestock production are the hot topics for the day.

Oldtimers  recall the way it was while new agriculturalists discuss the latest in modern advances and technologies.

And everyone will think about the benefits of living in a place where they know first hand what it means to produce the food put on a table and feel grateful.

With fall fair season underway in this corner of the world, then, today's clipart collections celebrate the bounty of the harvest season and those award-winning crops: