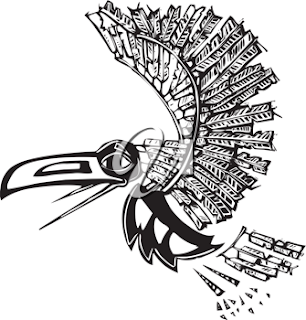 Somewhere in the world of strange holidays it says that today is National Tattoo Story Day.

Let me begin by saying I've never had one, I don't want one, but they are less unappealing to me than they were.  Especially if there is a story or strong symbolic meaning behind them.

All four of my kids boast body ink. Interestingly, the one that bothered me the least is the largest, most intricate and most in your face.  While those of his three siblings meant something to them at the time, as adults they regret them, or wish they had opted for something else.   They admit that they were impulsive choices made as impetuous young people.

Our younger son on the other hand has used his arm to tell the story of his life. He has painted it with loved people and pets, a favourite car,  symbols representing memories of places he's toured, all in a carnival midway theme. This, though I might not like or really even approve of, I can understand.

Of course, everyone's story is different, as is their take on how to tell it.  In the world of clipart there are many examples of tattoos, which might not tell a complete tale but the design can be an interesting starting point. Here are just a few collections: