How To Get Good Contrast in Photography 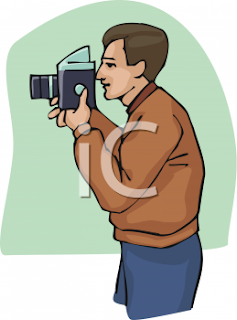 For a long time I saw the world in black and white. A pixelated version perhaps, but monochromatic all the way.

As editor of a community newspaper, I oversaw the selection of photos for the week's issue.  What I discovered early was how important good contrast was for impact.  Without the mix of colour to add appeal  (seldom money in the budget for that)  it was easy to see how even a good shot could be lifeless if the contrast wasn't there.

As it is with a landscape, flat is boring. You need the depth, the highs and lows to create interest and pull people in.

How to achieve this without spending a good deal of time in processing though, was often a challenge for staff.  The budget of a small weekly meant that journalists were typically writers, forced by necessity into the position of photographer too.  Post-secondary education had included courses on using a camera, but the people we hired as reporters were often more intent on perfecting their writing, rather than their photography.

The 'fun' was always the many times we got that awesome photo that sadly had no quality. So we flashed, dodged and burned in the dark room, then later with the introduction of digital technology, puttered away in Photoshop to bring the greatness to life.  All the while thinking it would sure be nice if we had managed this from the beginning.

With that career behind me, and my interest in photography as a hobby growing, I've decided to change thought to action. These great tutorials should get that process started:

Get Great Contrast in Photography