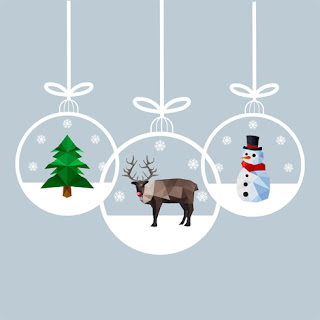 "Christmas, my child, is love in action. Every time we love, every time we give, it's Christmas." — Dale Evans

There is a Christmas holiday tradition, a particular gift for my offspring that I've enjoyed seeking and giving every year since the birth of my oldest child. It started simply enough – a Santa tree ornament for his stocking. However, it struck me soon after that this would be a great idea for every year so he would have a nice collection by the time he was ready to decorate his own tree.

It was just one of those happy coincidences, though, that I selected a bauble the following year that also had Santa on it. Thus a theme had begun and a tradition was formed.

As each of his three siblings arrived I chose a theme for them too.  It continues now, even as they are adults, and such pleasure it brings to see these added to their festive decorations.  It was an obvious no-brainer then that I would continue the practice with the next generation.

Sixteen years ago, we welcomed our first grandchild, a boy.   He, like his father and aunt before him, arrived in December, an extra special gift for the holidays.

There's something really nice about a newborn at Christmas — a bundle of blue or pink to remind us of all the hope and joy there is in this world. And when that new bundle is the first in the family after a long drought it's beyond perfect.

We were fortunate to have this little man visit us often as he grew up, the preferred scenario for first-time grandparents.  He spent most weekends at our house and grew up thinking of it as his other home.  For my husband and me, being with this little dude was the best of gifts.

As sweet a child as you could find, he rarely fussed, demanded little and loved to snuggle. As his Grandma I took full advantage of that latter trait and rocked him for hours. Which by the way never seemed to cause any troubles with him. It sure did spoil me though.

Besides the fact that we fell madly in love with him from the moment he arrived, he also opened our eyes to things we'd taken for granted. We were reacquainted with the pleasures to be found in the world around us — in the wonder of everything.  Even snow.

I remember the first trip into the snow when he was old enough to be aware, the entertainment and giggles  he found in all of that white stuff lying around. I remember the look of delight on his face as he watched his Papa and me build a snowman for him.  These are memories that endure, especially this time of year.

And in building that snowman for him when he was barely a year old I decided on the Christmas ornament theme for him. That year and every year since I have added a snowman to the collection.

So with these memories and thoughts in mind I have found some wonderful sources for snowman clipart: 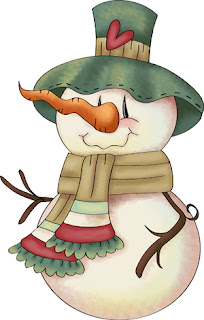 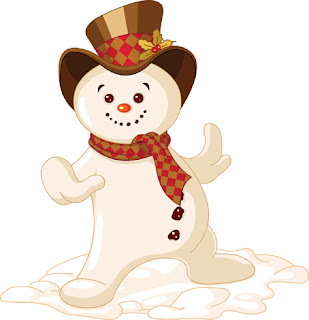