A Clipart Collection of Superstitions for Friday the 13th 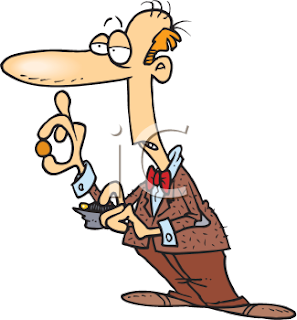 Today is Friday the 13th.  Scary for some I suppose, but it's never really been something I worry about.

Discussing this with an acquaintance recently, I mentioned that I was not really the superstitious type.  It dawned on me, though,  that I been raised by a woman who would say the same.

After, that is, she had already knocked on wood a few times, fretted over the bird that hit the window and threw some salt over her shoulder. She wouldn't pass another person on a staircase, would refuse to sit down to a meal with 13 at the table and always left a home by the same door she entered it.

Strangely,  Mom had been doing all these things for so long she was completely unaware.

This reflection gave me pause. Was I really as unaffected by superstition then as I originally thought?  No black cat or ladder has taken me off my planned course. Neither have I sweated over a broken mirror. I've both accepted and returned empty dishes which used to contain food, given and received empty purses and wallets as gifts. When I spill the salt I clean it up, not toss more.  And when a bird hits my window I check to make sure it's okay, not fret that someone I know isn't going to be.

However, in my considerations it came to mind  that I too knock on my fair share of wood,  not because I actually believe it helps, but because I want to cover my bases in the event it does. There was not a chance that my daughters wouldn't be wearing something old, something new, something borrowed, something blue for their weddings, not because I believe, but when it comes to my kids' happiness and health, I don't take chances.

I used to tease my mother about her superstitions, asking her what happens to all the people who don't know them. Because while some have notoriety, there are plenty of lesser-known old-beliefs.

Such as the one that I (See, guilty again)  shared with my young grandson a while back. When walking over a railroad track never cross it at the same time a vehicle does, I told him. Asked why, I told him it was bad luck. Asked how I knew that, I told him I had absolutely no idea.

But, it would seem that just like my mother I too am 'not superstitious'.

In celebration of Friday the 13th, as well as all the other myths, old-wives tales and beliefs, here's a selection of clipart for superstitious minds. Some are well-known, some less so. See how many you recognize: