Make a Birthday Cake in Photoshop and Illustrator 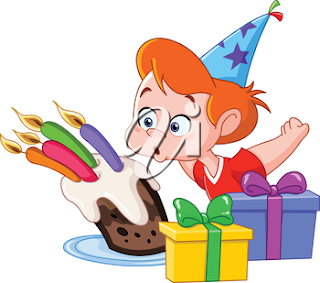 A song of celebration that typically precedes the arrival of a cake bearing some colourful candles. Or when the candles surpass the area of the cake, numbers often adorn the top as a reminder of the the milestone that has arrived.

Birthday cakes have been around forever and everyone from the Greeks to the Germans have been credited with the introduction of candles to the celebration. Though the significance of these is uncertain, there are many theories trying to explain the ritual, from honouring  a Greek goddess's birth on the sixth day of every lunar month,  to the mystic significance of fire.

One thing we can be sure about is that the undertones of superstition carry through to today.  While it was never a problem in my youth, when I hit middle age and became concerned about keeping an eye on my girlish figure, I was duly warned by many 'old wives' that shunning a piece of birthday cake is verboten. Extremely bad luck, apparently.

It was probably just an excuse to eat this sugary confection that prompted the tenet, but it works. Life can deal out enough nasty on its own; I'm not giving it an excuse to bring on any more — calories or not.

Then there is the make-a-wish-and-blow-out-the-candles thing, done from the first to the last birthday.  Rarely comes true, but we keep the faith year after year.

So in celebration of birthdays, its traditions, rituals and superstitions, here are some great tutorials that let you have your cake without the guilt:

Use Photoshop to Make a Cake

Bake a Cake in Illustrator
Posted by Unknown at 6:55 AM No comments: Links to this post

Animations in Celebration of Birthdays

"The way I see it, you should live every day like it's your birthday."

Now I've never suspected Paris Hilton of erudition, but she certainly got it right with that comment.  The anniversary of our birth is typically a day for celebration, not just of the person we are, but of the person we have been.  How could there be any better way to approach every day of life?

Perennial favourite Opray Winfrey,  who has certainly a greater penchant for profundity than Paris, reminds us that the more we praise and celebrate our lives, the more there is in life to celebrate.  So then, what better time to do so than on a birthday, the perfect excuse to throw a party?

Thinking back to these celebrations in my past, my mind fills with images of fun and laughter, of food and liveliness. There are games to be played and gifts to be opened. These are pictures of happiness and vitality. The faces of friends and family can only be described as animated as they enjoy the company of loved ones and the pleasure in knowing the guest of honour.

For this reason, it seemed appropriate then to put the focus today on animations rather than static images to define the sense of celebration that accompanies a birthday. Here's a terrific collection from AnimationFactory .
Posted by Unknown at 6:27 AM No comments: Links to this post 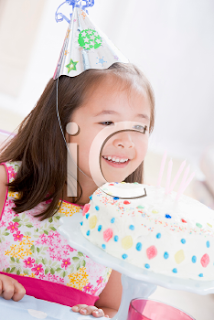 Having celebrated the birthdays of three of our grandchildren in the past three months,  I can't help thinking back to similar parties I hosted over the years.  As a mother of four there were many.

That I made a big deal about them, was I believe, as a statement against my own childhood. Being a bit of an anomaly for the time, my mother was a working woman.  What that translated to for me, was a fairly limited number of birthday parties over the years, and essentially just the basics when it came to family parties.  No fuss, no muss was the axiom for the big day.

As a parent then I made rather a big deal out of my kids' birthdays. There was always a party with friends, followed on the weekend by a gathering with grandparents and godparents.  I did everything I could to ensure my kids knew how special their birthday was to me.  I always hoped they got the message.

And if the birthday parties they've thrown for their little ones are any indication,  they did.  I could never have topped these soirées with their themes, decorations, roasted pigs and around-the-world cuisine.  They will be, I suspect, long discussed and never forgotten.

Which is how it should be.  A birthday is a celebration of a life,  whether at its beginning or near its end. It is a person's special day, meant to honour them and acknowledge how happy we are to know them and have them in our lives.

However, since no one loves birthdays more than kids, and since we all love kids, here are some birthday photo collections specifically focussing on the earlier years:

Acclaim Images
Posted by Unknown at 6:54 AM No comments: Links to this post 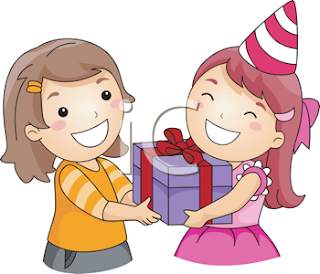 When it comes to throwing a party, our elder daughter and her husband don't believe in going small.

The tradition began when their little girl turned one  and the idea of a pig roast took shape. With almost 25 acres of property to roam,  the notion of inviting 50 or so people to mark this momentous occasion seemed to make sense.

It was a great deal of fun, of course. And a lot of work. The decision was made that only the first year would be celebrated in this manner so while it was repeated for our granddaughter's baby brother in May, it was intended that would be the end of this type of extravaganza.

A quiet chat between Mom and Dad one night early this summer turned that around, however.

Our Little Missy can be a sensitive soul, and the idea of taking her to a Canada Day fireworks display in July, brought up the idea that it might be wiser to try a few at home first.  After a short discussion,  this notion had burgeoned into a full-on display to be held at as part of her third birthday party.

So, this past weekend, as I watched guests arriving, tents and campers being set up around the yard,  it truly just warmed my heart. I'm a real fan of birthday celebrations, of  marking in a big way the anniversary of one's arrival on earth.

With the afterglow of our recent two-day party still prevalent, it seemed appropriate to highlight birthday clipart for today's blog:

ClickArt Online
Posted by Unknown at 8:17 AM No comments: Links to this post