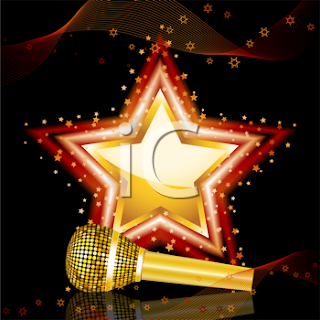 Choosing a theme for these posts every day is typically inspired by something that happens or is about to. Tying that in to the purpose is where the challenge begins for me.

There are days when a particular bit of news you hear in the morning, though,  can affect you in such a way that for a time it consumes your thoughts. It can happen as a result of a horrible tragedy, a shocking story or one of senseless loss.  It can make it difficult to focus on the routine parts of life, at least until the shock eases.

The untimely passing of some famous individuals can also have a profound effect on us. These are the ones whom you feel, despite their celebrity, are actually good people and in possession of a talent worthy of admiration.

This morning, hearing about the passing of the incomparable musician, artist and actor, David Bowie, I felt a true sense of loss. Still a teenager when introduced to Bowie's Ziggy Stardust, I was fascinated by the man and his music. Through the years I followed his transformations, admittedly with varying degrees of interest, but never losing the view that this was a brilliant, charismatic human being.  Described by the New York Times as a "shape-shifting master of pop theatricality", he never failed to intrigue and entertain.

The shock of his death at 69 just following the release of a new album, filled my mind as I settled at my desk this morning.  Since the focus of my missives here is on images, their uses, their creation and their many formats.  I wondered if I could find a way to talk a bit about this a man whose uniqueness, whose artistry held many in his thrall.

Then it dawned on me that the world of images and photography is most definitely a connection to the spellbinding Bowie and his artistry.

In choosing images to highlight then I could have considered all aspects of entertainment. Bowie shared with us his eclectic and diverse talent in so many ways.  His music played the greatest role in my life; however,  (it seemed we matured together) so I  selected some edgy backgrounds to feature here today as I think of a man,  whose musical gifts to us will be missed: