4 Photo Collections of People on the Job 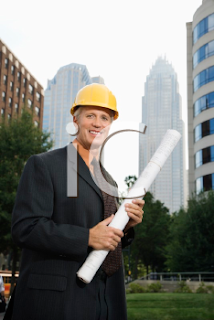 Another Monday, another morning. In every town, in every neighbourhood, people opened their eyes to a new work week, to another day back at the grind in its various formations. They headed out to jobs on main street, on the road, in offices and factories, or home.

Occupations today are as diverse as the people comprising the workforce.

A daily trivia game broadcast from a favourite radio station at our office, often prompts discussion among my colleagues and I. Representing diversity in age, from Babyboomer to Millennial,  it's interesting to note the differences in how we view many aspects of life, as well as acknowledge the traits of a generation.

For example, a recent trivia question suggested that the average woman would do something about 16 times over the course of her life.  While our guesses ranged from change a hairstyle to diet (the right answer),  the baby among us suggested change jobs. Given that I, of all of us, have spent the most time on this earth yet had the least number of jobs, it's little wonder that I initially thought the answer was outrageous.

Then I took some time to think about the young people I know and recognized that things are different now.  I read some time ago it's expected that today's young worker will have 10 careers before they retire.  Dissatisfaction in what they're doing, new opportunities, changing interests, or simply one thing leading to another will take them on several employment paths through the course of their lifetime.

Very different from my generation, and most definitely from the generation before mine. While I've only worked at four jobs, from his late teens until retirement my father worked in the same occupation, the only change being the move from employee to employer.  That he might change his vocation never crossed his mind.

Regardless of generation though,  of how and where we work,  careers take on many faces. To start a new work week here are some great occupation photos: