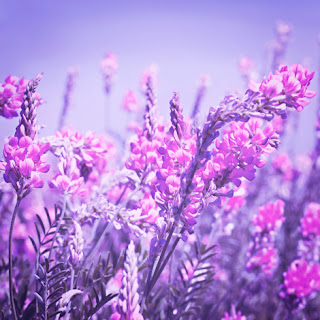 "The greatest gift of the garden is in the restoration of the five senses." — Hanna Rion

For the first time in the 30-plus decades I have lived at my home, I am able to walk around the gardens and not be completely embarrassed by what's happening. While it's always been obvious to passers-by that there was no green thumb at work here, finally there's a suggestion of a modicum of botanical knowledge at work.

When we first moved into our house, it had been vacated two years previously by an aged bachelor who had cared little for the interior decor.  It was a hodgepodge of styles and colours,  clearly intended to only have been a roof over his head. Spilled liquids ran in streams across severely sloped floors, catching in the the cracks of ancient linoleum.  The living room carpet was comprised of church aisles runners and stained, peeling, not to mention downright ugly wallpaper graced all of the rooms. In multiple layers as we eventually discovered.

When we were finally able to turn our attention to flowerbeds, we could tell, despite the weeds and bramble, that this was where the previous tenant had invested his talents and energy. Perennials and flowering shrubs were everywhere — around the house, bordering the fence and on the lawn.

Since neither my husband nor I had gardening experience, the first approach we took was minimizing. With four children in need of yard space, the beds breaking up the grassed area were quickly deleted.  The next step was to separate weeds from the remaining flowers, hopefully tugging out most of the former, while leaving all of the latter.  Identifying what remained followed.

Since then, it's been a work in progress, achieved primarily through trial and error. The shifting shade on our well-treed property has presented new challenges along the way until I feared becoming the hosta house.  A little guidance from a friend this year, however, provided me with some shade-loving options that will hopefully enhance visual interest.

Her suggestions also led to some extra digging and pulling, removing and replacing, that has also gone a long way to improve the aesthetic. While a green thumb could certainly achieve much more, I am at least pleased by what I see. Finally.

The gardens are lush spots of  blooming hues and textures.  A stroll beside my peonies is a delight for the nose; my ears catch the droning buzz of a lazy bumblebee passing by.  Hands in earth, a brush against velvet-soft petals, connect one to the earth as nothing else can.  Potted herbs around the deck bring fresh flavours to mealtime and we eagerly await the juicy sweetness of berries from the bushes tucked in the back of the property.

Yes, my senses are restored.

And while this collection of garden and flower pictures from iPHOTOS.com can't do much for taste, touch, hearing and smell, you will have to admit that they are unquestionably lovely on the eyes.
botany flowers garden gardening gardens images iPHOTOS.com nature photo photographs photos pictures