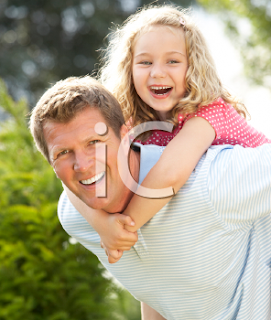 It will soon be time to give Dad his due.

In just a little over a week we will celebrate Father's Day, a holiday that pays tribute to our first heroes.  Stereotypically with bad ties and cheap cologne.

I admit when it came to buying gifts for my dad, to whom we said a final goodbye two years ago,  it was apparently a daunting task. His wants were virtually nil, his needs usually something I didn't understand or know about, and quite likely couldn't afford. Occasionally I got it right;  he loved assembling the intricate birdhouse kit received shortly after retirement.  But more often than not,  my siblings and I were way off the mark.

Not that he ever let on. Dad was as excited over a pedantic book on how to properly prune shrubs as he was over the expensive hedge clippers he'd been desiring.  He never had a lot in his life growing up and was beyond appreciative of any gift that came his way. He wore every t-shirt bearing some silly slogan that he received and stacked those logo-bearing ball caps in pride of place.

No matter how bad the gift, he was always gracious. I actually remember a time when as a young child I had proudly saved my pennies for Christmas gifts. My older brother mocked the cheap cufflinks I had bought him. My crestfallen countenance prompted my dad to exclaim over their beauty and ask if he could have them if my brother didn't want them. He wore them that afternoon to Grandma's family dinner and many times after — even as they began to tarnish.

This only added to the hero mystique I'd attached to him. It had been shaped earlier by his gentle strength. I remember as a wee one riding on his back while he swam at the lake during summer vacation. I thought he was the strongest man in the world. Turns out we were never out that deep and he was actually just walking along on his hands. By the time I found that out, though, the pedestal was in place.

Dad could fix anything and worked hard for long hours and long weeks. It's a trait I unconsciously sought out in the man who would become my second hero.

He was a glorious dancer too. When I was small he would spend hours with me standing on his feet as he  cut a rug.  They were the best dancing lessons I could imagine. The images I have of him and Mom gliding across the floor are among my most cherished memories.

It was Dad too who would allow himself to be silly. He was the parent who would play games, make faces, whatever it took to entertain his children. Our games of "Father May I" on Saturday nights as he was getting ready to go out  dancing have held a special place in my heart.

So on June 19, while I can't physically be with my father, I will celebrate this man who, like fathers everywhere, was selfless in his familial role, tireless in his labours to support us, who could let down his guard, and his hair if need be.

These photo collections, perfect for use in personal and business design projects, pay tribute to our first, and often, unsung heroes: