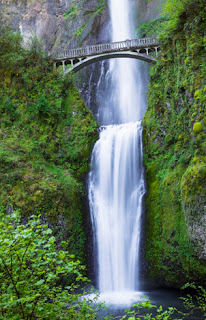 Today our friends south of the border are celebrating their most significant holiday. Each year on July 4, citizens of the United States observe Independence Day. It commemorates the adoption of the Declaration of Independence on that day in 1776, making a nation of 13 American colonies on the eastern side of the country,  separate from the British Empire.

Having added 37 other states in the years since,  America is an expansive country that is geographically diverse, from deserts and plains to rocky mountains and rolling blue grasses, from theme parks and tropical destinations to sprawling urban landscapes and historic monuments.

I have visited a few of these locations over the years, in passing or for extended stays. There are, however, many to go. The plan is that some day it will happen.

My husband and I have begun talking about various trips we look forward to in retirement. We will fulfil our love of music in the dark intimate blues clubs of Chicago and the deep south. We will indulge our love of nostalgia cruising down the fabled Route 66.  We will savour the feel of California, Hawaiian and Arizona sun on our skin, while comparing it to the Floridian bask.

At least that's our plan. Life, of course, has a way of making things happen, or not happen as expected.  But we are throwing this future out to the universe and anticipating the best for our leisure time together after a life of working.

My brother-in-law and his wife are certainly making the best of that very thing. Since retiring last year they have traversed a lot of this country as well as  managing to get to about a third of the United States thus far. They so enjoyed the first few trips that they ended up buying a motor home so they could have a little more control over where they wander and when.  The experiences have been nothing but positive for them and they've loved taking in the grand American sites they've visited.

At the rate they're moving, there won't be many left to see either. They are barely home before heading out for another road trip to see more of the the great USA.

To celebrate this proud country on July 4th, its beauty and grandeur, let's look at these terrific photo collections: