How to Replace a Face in Photoshop 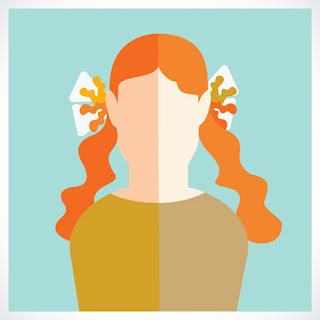 In an office space inhabited by five women, not separated by cubicles, there's bound to be a little bit of conversation.  A chat between two often leads to a group discussion that ultimately veers from the original topic until we settle back down, thoughts now miles away from where they started.

The kick-off point for one of these meandering dialogues recently was regarding an uncooperative photo subject.  With our close proximity making it difficult to not eavesdrop, I overheard a colleague, who is also a talented  photographer,  expressing a level of disgruntlement to a co-worker, over a child involved in a family portrait shoot.  It seems the tiny tween felt ruining the results was far more fun than behaving, thus posed with grimace or stuck-out tongue throughout.

There were, the photographer added, a few pictures without this youngster's attitude. However, as life has it, they inevitably weren't  the best pictures of everyone else.

Soon colleagues were chiming in, until ultimately, the question was asked as to whether Photoshop could be used to transfer one good expression for another.

Which brought me into the conversation with a story about an early Photoshop challenge of this type for a former co-worker of mine. Several years ago, a friend of my older daughter make a joke about how putting her head on her tall, leggy sister would make the perfect woman. Since Photoshop was a relatively new feature added to our publishing company, the person who was using it thought it would be fun to give this a try.

The results were incredible. My two girls found the photo hilarious. Their mother, while finding it just a little creepy, was impressed by the potential of this new software. Though this was all for fun, there are times I knew when it could prove to be an invaluable tool.

We've all looked at an almost perfect family photo and thought how much better it would be if Little Billy wasn't looking the wrong way, if Granny didn't have her eyes closed or Uncle Jake wasn't smirking. The ability to replace that one expression with a better one makes everyone happy.

Most Photoshop pros have learned the magic of this. But if you're a novice, here are some great tutorials to guide you through the process:

YouTube Tutorial on How to Change a Face in Photoshop