Thousands of Beautiful Photos of the World for Travel Tuesday 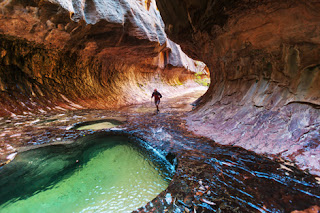 "Travel is fatal to prejudice, bigotry and narrow-mindedness, and many of our people need it sorely on these accounts. Broad, wholesome, charitable views of men and things cannot be acquired by vegetating in one little corner of the earth all one's lifetime." — Mark Twain.

There's adventure to be found in this big, wide, wonderful, albeit occasionally scary,  world. Every part has its own uniqueness, its own story.  Where once upon a time the risks of visiting some of these places were understood, today such certainty doesn't exist. There are those who have taken the commonplace, the routine pleasures in life and instilled apprehension in us about them.  We can't any longer accept that darkness won't be waiting around every next corner.

It heartens me, though, to know that we refuse to let terror win. People still pile into places once taken for granted to be safe, now often targeted by those whose hearts are tainted by malicious intent. Millions, after all,  gathered for the July 4th Boston Pops concert. They continue to party in nightclubs, visit entertainment centres and pack stadiums.

Twain would be happy to know that they're also not about to let fear keep them vegetating in their own little corner. Everybody's going places these days. Last evening at a small social gathering, I spoke with a woman who recently returned from a tour of Great Britain. For two weeks, she and her husband scooted across England, Scotland and Ireland, taking in the rich history from medieval castles to the Beatles Story, a museum in Liverpool dedicated to the Fab Four.

Other acquaintances are making tracks over Europe and Asia, dancing in opera houses or backpacking across picturesque terrain. A close friend recently wrapped up an extended stay with her son in Australia, while another has just announced her plan for an Alaskan cruise this summer. And my elder son, with his daughter and a friend, are making a quick jaunt to some Scottish highlights before attending a music festival there this week.

Some stay closer to home but they're certainly not staying put. From east to west, north to south they're discovering or revisiting places all over the continent.

So as thoughts wander to the many places folks are roaming these days, and since it's Travel Tuesday, here are two terrific photo collections of lovely places from all over the world: