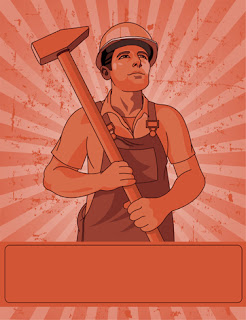 Hump Day has arrived. We're mid-way through the week and on the home stretch towards the weekend. What's even better this time is that there's an extra day off for us. Labour Day arrives on Monday. It means the final long weekend of summer and the last day before kids here return back to school for another year.

This holiday has always been rather bittersweet. It's nice to have an extra day to relax, socialize or catch up on household tasks and projects. Yet, though there are still a few weeks remaining before summer's official demise, it already feels like the end.

Rather than the heavy warmth of July's intense temperatures and humidity, now in the early morning it's a damp cool that lays across the skin. Sitting on the deck for some quiet moments last Sunday, my husband and I remarked on the absence of birdsong.

Or for that matter birds. Where just a month ago they were flitting to and fro or serenading us from treetops, now there was nothing. No cheery trill to brighten the silence, no stopping by in search of seed, bug or worm. Though it will be some time before they really leave, it always feels as if they're preparing us in stages for their long goodbye.

While I enjoy quiet evening twilights these days I'm often reminded about summers at our trailer. For several years when our kids were young we spent golden months there.  They were carefree times — lazy mornings, afternoons at the beach, long walks at sunsets, parties and campfires at nights. Our brood of four had a tight little circle of friends and they each had the others' backs. As such they were able to enjoy a freedom beyond the norm even for those days.

The Labour Days of then were melancholy times as the children said their goodbyes to each other and to the wonderful life they'd been living. Their parents were equally blue as we contemplated the return to reality. As such the decision on when to close up was always a dilemma. Opting for Labour Day weekend was painful, so we would all decide to leave it and find some opportunity before Thanksgiving. Many a cabana was taken down with snow swirling, many a window boarded while standing in freezing temperatures and chilly puddles.  May a promise was made, and ultimately broken, that we wouldn't do this again the next year.

Once our kids got summer jobs, my husband and I decided the time had come to sell the trailer. Its loss hasn't changed my feelings about the Labour Day weekend, however.  If anything I rue the farewell to summer even more.

With the camaraderie of a group setting no longer surrounding me that day, though, I have come to think a bit more about the actual point of the celebration. While the attention of its placement before the start of a new school year has given it the honour of being the last long weekend of summer, there is a far greater significance to Labour Day.

Traditionally the day's focus is on a long ago fight for workers rights. Trade unions organized parades and picnics to raise awareness and support. The first notable Canadian demonstration was held in April of 1872 by the Toronto Trades Assembly. At the heart was the fight to have 24 imprisoned leaders of the Toronto Typographical Union. Since these organizations were considered illegal at that time, their arrest came about as a result of a strike.  Members were crusading for a nine-hour work day.

Public support was high. The next year government repealed the laws against trade unions.

Labour Day is celebrated on the first Monday in September in both Canada and the United States. Similar celebrations honouring workers are held throughout the world at different times.

As the wife of a union worker, I'm proud of the history which is the foundation of his employment. It's great then to celebrate their accomplishments in improving the life of workers everywhere. So, in honour of the folks who brought us not just Labour Day, but the weekend, here are some clipart collections of people on the job: