A Spectacular Collection of Amazing Photos for Dog Day 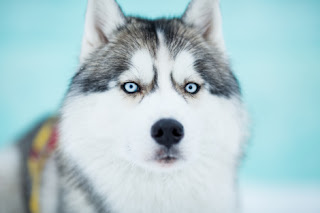 Today is National Dog Day, an appropriate time for a retrospective journey through the years with the dogs who hold a special place in my heart.

First was an ill-tempered chihuahua-fox terrier cross who gave canines a bad name. Tiny joined our family when I was a youngster after my aunt and uncle gave this irascible fellow the boot.

With the exception of my mother, who taught him quite early she was boss, the rest of us followed the rules defined by our miniature meanie. From when he'd cuddle to where he would sleep were decided on his terms. Sadly, nights found him under my covers and, like it or not, he would let me know in no uncertain terms if my foot had disturbed his slumber.

One might question why we put up with him.  But, despite his surliness and the occasional nip that was more startling than sore, Tiny was oddly charming. He could be affectionate, bouncing on to laps to deliver some sudden kisses. He was extremely protective of his family keeping strangers off guard and quickly issuing warnings to those he found threatening.  He loved to sing along with my dad at the piano and play tag in the backyard with my friends and me.

Bottom line, he was a friend, albeit a temperamental one.

Next came Angie, a German shepherd-husky cross who was the antithesis of her predecessor. Gentle of nature, she barely barked and loved people. She sat close when we sat and loved our attentions, though never demanded them. Her protective nature was strong. She never strayed from the sides of my young children when they were playing outdoors and was respectful, but wary, of strangers.

Angie was perfect — loyal, gentle, obedient and gallant. Her loss was overwhelming.

Then Buffy, a border collie-cocker spaniel mix. She arrived a few years after Angie's sad and unexpected passing. Since tying dogs wasn't required then in our town, she was the grande dame of the neighbourhood wandering from house to house for treats and in one case a regular feed of pork chops.

Devoted to my husband she kept him close, making trips by foot and car if he was going along. Not quite as amenable to the proclivities of small children as Angie was she could be a tad impatient and a little snarky with them. Generally though, she tolerated the love and affection they bestowed upon her.

Despite the character flaws, however, when her heart failed her enroute to the neighbours for snacks, it was as sorrowful as one would expect.  Recovery took so long actually that it was a while before my husband and I agreed our house wasn't a home without a dog. Along came Ani, a pretty husky cross. And let me just say, people who want a dog with personality would have adored her.

This girl was mine from day one. If I moved, she moved with  me. Wound tighter than a cheap watch, she was a bundle of energy, who rarely stopped to relax. Squirrels and cats were the bane of her existence, taunting from just beyond the reach of her chain. She was a big fan of alcohol and needed to be watched closely when drinks were set down.

Ani was fearless and protective too. For many of the years we had her with us, my husband worked away from home.  Without question I never felt alone or unsettled. I knew she would have fought for me to the end if necessary. Saying goodbye to her when cancer struck was one of the hardest things I've done.

All of these faithful friends had the intuitive instinct that seems to be a trait common to dogs — the link to human emotion, sensing what we feel and what we need. Dogs are the most devoted animals, the most loyal and trusted of friends. They deserve their day. And here are some amazing photos to honour them: