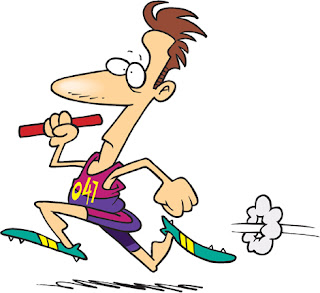 "Only those who dare to fail greatly can ever achieve greatly." — Robert F. Kennedy

Was there ever a diplomat and politician as inspiring?  Reminding us that to succeed we must first  risk failure has probably never been expounded more eloquently than in that simple sentence from the late RFK.

Settling in to mediocrity shouldn't be anyone's desired state. That we can do anything we set our mind to is a common adage. The right mental attitude can go a long way in ensuring success.

However, when considering greatness as the desired goal, there are limits to our aspirations. No matter how strong our  determination might be, regardless of how we get mentally into the zone, each of us will face certain challenges which can't be overcome. We might, quite simply not have what it takes — the physicality required, the finesse, the ability. For example,  I'm fairly certain that all of the determination in the world wouldn't have let my 5'2" self rise to the heights of women's basketball.

It's not that I'm completely incapable of athletics.  Just that being petite didn't lend itself well to many of the physical activities I was exposed to growing up. As a child it was less of a concern since most of the competitors were pint-sized too. I could hustle with the best of them in field hockey or soccer.

But by the time I got to high school things had changed considerably. New games, new players. Baseball was still a favourite. Though once I hit my teens there was greater enjoyment in watching boys play it.  And let me tell you, volleyball and basketball were the bane of my existence.

High school phys ed was a mixed bag since folk dancing and gymnastics were right up my alley, sports not so much. Track and field positively made me weep. My short legs were no match for the speed events. I was hopeless at the jumps and powerless under the weight of the shot put.

Forced to participate, of course, I dared to fail greatly in most of the above without any delusions of success.

Watching those who rise to the highest level of achievement in an athletic event, therefore, fascinates me. Certainly, finding one's forte comes with exposure to many things, a reality that never existed for most in my generation growing up in small-town Ontario.

But, it's so much more than recognizing an ability that overshadows that of others around you. You must then set your sights on being the best at it you can be. The drive, training and determination it takes to be a champion far exceeds any work ethic I have for anything. It's beyond admirable in my opinion.

So with pleasure I sit back and enjoy the Summer Olympics now under way in Rio de Janeiro, Brazil. Being the quintessential armchair athlete, now, I can be satisfied watching those who have spent the better part of their lives, working and making personal sacrifices in the pursuit of one goal, striving to achieve it. A lifetime of work for a moment in time to prove they are among the world's best.

While the athletes might not agree, there is greatness in what they've done, regardless of how they place. From the repeat gold medallist to the chronic also ran, they have dared to fail and in doing so achieved what few others could hope to do. We celebrate these champions today with 2 Olympian clipart collections